Their golden years should be great ones! Consider adopting a senior pet.

Senior pets can be a great addition to your family! It's heartbreaking to see any animal without a home, but seeing a senior in a shelter, alone and confused, seems to touch us all just a little bit more. Having given their lives as devoted companions, they deserve better. And they make the MOST wonderful additions to a home - usually house trained and calmer than a puppy or kitten, they come with world wisdom and experience and almost always settle right into the family.

is just a number! Pets who are cared for can live long, active lives.

If you aren't able to adopt one of our senior pets, then please consider making a donation to our Seniors Fund, which helps cover costs to increase adoption of our senior pets. The Seniors Fund is a memorial fund established by the children of W.S. Chambless, MD, a long-time Dallas ophthalmologist. As an eye surgeon specializing in cataract surgery, Dr. Chambless's practice consisted mostly of caring for the elderly and aged, helping them to see better in their later years. As his children grew up, he instilled in them a love and respect for animals, whether it was taking in the occasional stray on their rural property or stopping at nothing to save Rex, a shepherd puppy hurt badly in an accident, or performing cataract surgery (in a people hospital, no less) on Tip, a diabetic family collie. Throughout his life, he was sometimes chagrined to end up with dogs his by-then-adult children brought to the property. And most importantly, in his final years, his constant companions were a white German shepherd named Powder and a heeler named Blue, plus an irascible black cat named Bucky. The fund is named for Dr. Chambless in remembrance of his love for his animals and general compassion for those in need and to develop a program devoted to place senior dogs and cats.

The Seniors Fund was first established in 2001 as a memorial to Snuffer. Snuffer, a snow-white American Eskimo/spitz, was the first true rescue for one of our volunteers, who pulled him from the Plano pound in 1986. Snuffer put up with a lot over the years – moves, his owner's growing pains, puzzlement at lots and lots of foster dogs, and two strokes. He died in 2001 at age 17. He remains as the Seniors Fund mascot.

You know you've saved a special dog when volunteers who met him at the shelter, via email, or at events always want updates on how he's doing. Clarence, formerly known as Buster, was taken into Humane Tomorrow through our Mercy Fund. Not only was Clarence in need of medical care, he was a very old dog to boot! 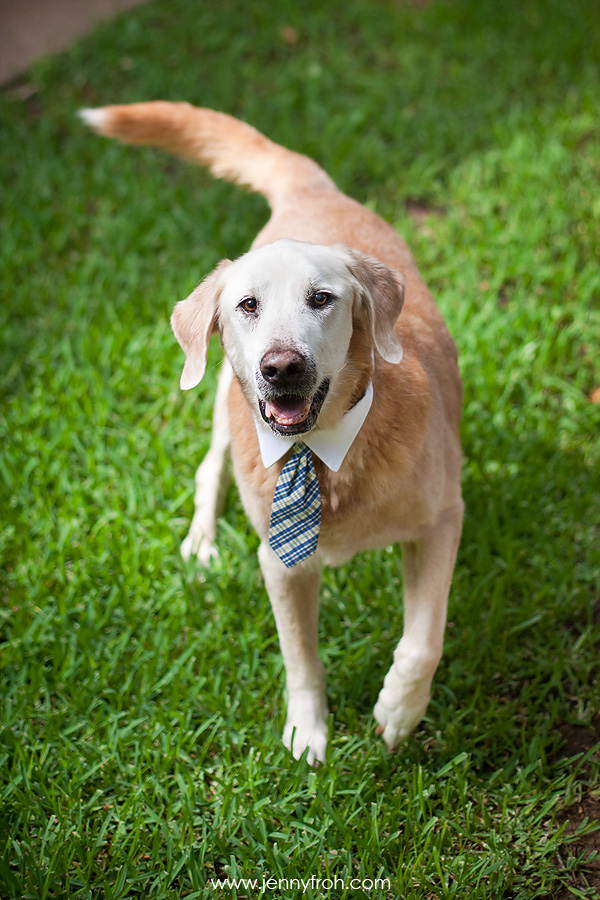 When Clarence first arrived on December 2, 2011, we weren't sure if he would survive until Christmas. His adoptive family, who volunteers with Humane Tomorrow, wanted to share some joy with all those who helped Clarence find his way to his 2nd chance home after he had been part of their family for 7 months. So for all those who helped Clarence, and all of you animal lovers who love to see happy endings, we hope you enjoy reading Clarence's Story. We also hope it will make you consider adding a senior pet to your family!